Picture by Christian Cooksey/CookseyPix.com. Free handout on behalf of the Scottish Goverment and Consolidated PR.

Pictured on The Sandgate in Ayr is Dr Hugh Brown, NHS Ayrshire and Arran's Primary Care Cancer Lead as a new coughing bus shelter is launched. He is using his stethoscope to listen to the coughing.

ScotlandÕs first ÔcoughingÕ bus shelter, created as part of an innovative campaign to raise awareness of a key sign of lung cancer, is making its flagship appearance in Ayrshire today (Thursday, 5 March 2014).

Residents waiting on a bus at Sandgate in the heart of Ayr town centre will hear a man coughing on and off before a woman is heard urging people to visit the doctor if they, or someone they know, has had a cough for three weeks or more.

ItÕs the first time in Scotland that a ÔcoughingÕ bus shelter has been used to relay an important health message. The message is supported by an image of a man coughing with Detect Cancer EarlyÕs strapline - ÔDonÕt get scared, get checkedÕ.

Dr Hugh Brown, NHS Ayrshire & ArranÕs Primary Care Cancer Lead, said: ÒOne reason patients are often diagnosed late is that they are unaware of the symptoms of lung cancer. The ÔcoughingÕ bus shelter is therefore a great opportunity to explain to people the potential significance of a cough, reaching them, when theyÕre least expecting it. 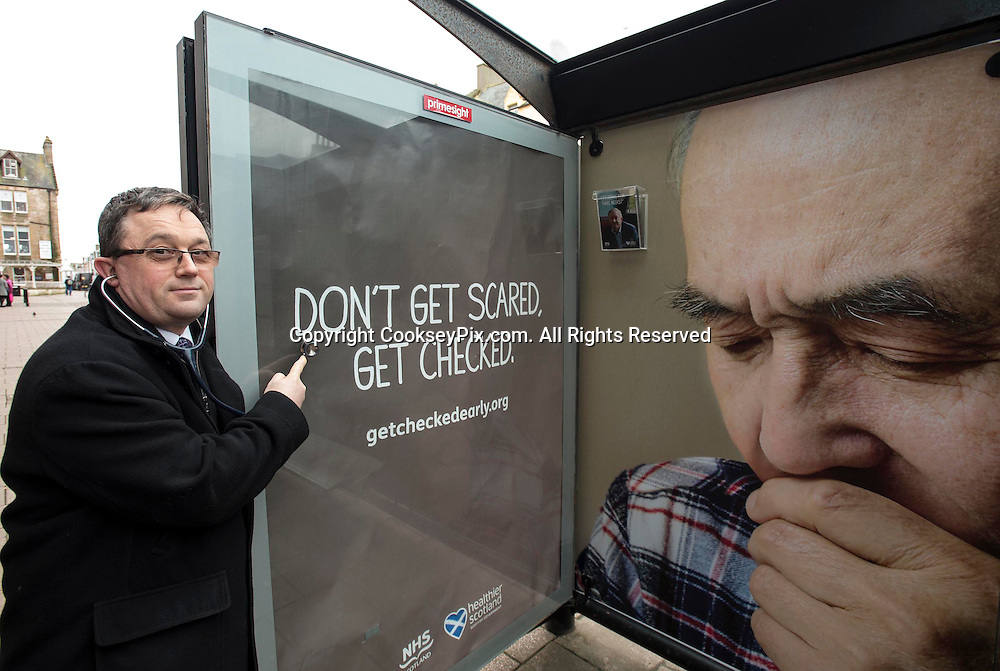